Tomo Credit is rethinking credit scores for the new generation

Having moved to America from South Korea, Kim was also aware this was a problem overwhelmingly affecting immigrants, though she was just 11 when she immigrated. Without a chance to build up credit, even older immigrants, who may have had strong financial practices abroad, find that whatever metric was used in their home country is worthless in the U.S. system, and they must start again from scratch.

In order to create a more inclusive system, and better equip those previously excluded from economic opportunity, Kim founded Tomo Credit, a fintech company that allows people without a credit score to apply for a credit card and get the usual benefits, like cashback perks, while also building up their credit on a fast-track schedule. The company’s aim is to help customers practice good financial health and not fall prey to overspending, which can happen when dealing with traditional card issuers that collect high interest and late fees.

Credit scores weren’t always a thing. The FICO score, as one kind of credit score is known, was conceived in 1956 by an entrepreneur and a mathematician who wanted to create a national standard. But a new study estimates that 21 million U.S. consumers are credit invisible, having no credit history whatsoever: 40% of people under 25 and 65% of 18- and 19-year-olds are invisible, per the study. It also found a minority and socioeconomic bias: 30% of low-income people are invisible, as are 27% of Black people (versus 16% of white people), and most undocumented immigrants. In a blog post on the study, Experian, one of the U.S.’s three major credit bureaus, noted that, being labeled credit invisible can hinder participation in the financial system and prevent populations from accessing the socioeconomic opportunities that go with it.

Like many college students, she’d had no chance to obtain a credit score-that sometimes elusive number whose higher value guarantees approval for credit cards and other life necessities, like home rentals and loans to start businesses 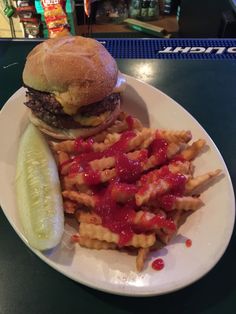 Gig and remote workers of the modern economy, whose money habits are more varied than in the past, may also struggle with credit. For all of these groups, trying to build financial health becomes a vicious cycle: Without a credit score, you can’t get a credit card and build a score, which you need to then access essentials like private student loans, utilities and internet, car insurance, and cellphone contracts. It’s no longer an immigrant problem or expat problem, Kim says. It’s a problem for the new generation of consumers.

That new generation is who Tomo Credit, which issues credit cards to those without credit scores, is trying to target. Instead of looking at credit scores, the startup relies on what financial data young people already have: savings in bank accounts-even international accounts-as well as assets in stock portfolios and crypto wallets. While young people may not be savvy on credit, due to a severely lacking financial-literacy education, they may be clued up on Coinbase and RobinHood. It’s not black and white, because our goal is to understand you holistically, Kim says. Instead of just giving you a random, vanilla credit limit.

While Tomo doesn’t buy assets from credit bureaus, it does report data to them, which allows customers to then start to build credit over time. That’s Tomo’s goal, whereas traditional card companies, Kim says, incentivize overspending, so they can collect late fees and interest. Customers’ credit score is not their business, she says. They don’t care. Rather, their buy now, pay later model encourage[s] you to buy another Peloton. Instead of issuing monthly payments, Tomo charges customers weekly on an autopay system, leading to more frequent reporting to the credit bureaus.

Tomo’s own underwriting algorithm assesses any combination of these assets, as well as cash flow trends-what’s transferring in and out of a bank account-and generates a personalized credit limit between $100 and $30,000 (the latter is also the average credit limit among Americans)

Chi Chi Wu, a staff attorney at the National Consumer Law Center, a nonprofit that focuses on marketplace justice and other consumer-credit issues, says she was surprised by that weekly payment schedule because credit reporting is done on a monthly basis. Kim counters that the three bureaus-Equifax, Experian, and TransUnion-seem to process on different schedules. We report weekly, and some credit bureaus keep up and consume it faster than the others, she says. (In her experience, Equifax has been the fastest.) Tomo also does not charge late fees or interest; instead, if a user hasn’t paid after a week, the card temporarily deactivates. On average, she reports that customers see a 100-point credit score increase within 6 months of using Tomo as their primary credit card.

Tomo is not the only option for accessing cards without a credit history. Wu mentions that the traditional banks are starting to venture into inclusive options to get more people credit visible, such as launching pilots to use alternative approval data like cash flow. The big lenders also provide secured credit cards, which are backed by a sizable cash deposit from the cardholder. The downside is that upfront collateral, and, Kim says, those cards are often stingy with credit limits, sometimes only in line with your deposit; plus they can include application fees and high interests.

So far, Tomo has processed about 1.5 million applications, Kim says; it’s not yet built enough customer data to offer auto loans or mortgages, but that will come with more data. Right now, the startup is concentrating on creating an environment in which younger customers can thrive. With the rise of open banking, Kim acknowledges competitors will come along-and she’d be happy to see them help the industry change. Her real competitors, she says, are the legacy lenders. We want to, eventually, make credit scores obsolete.